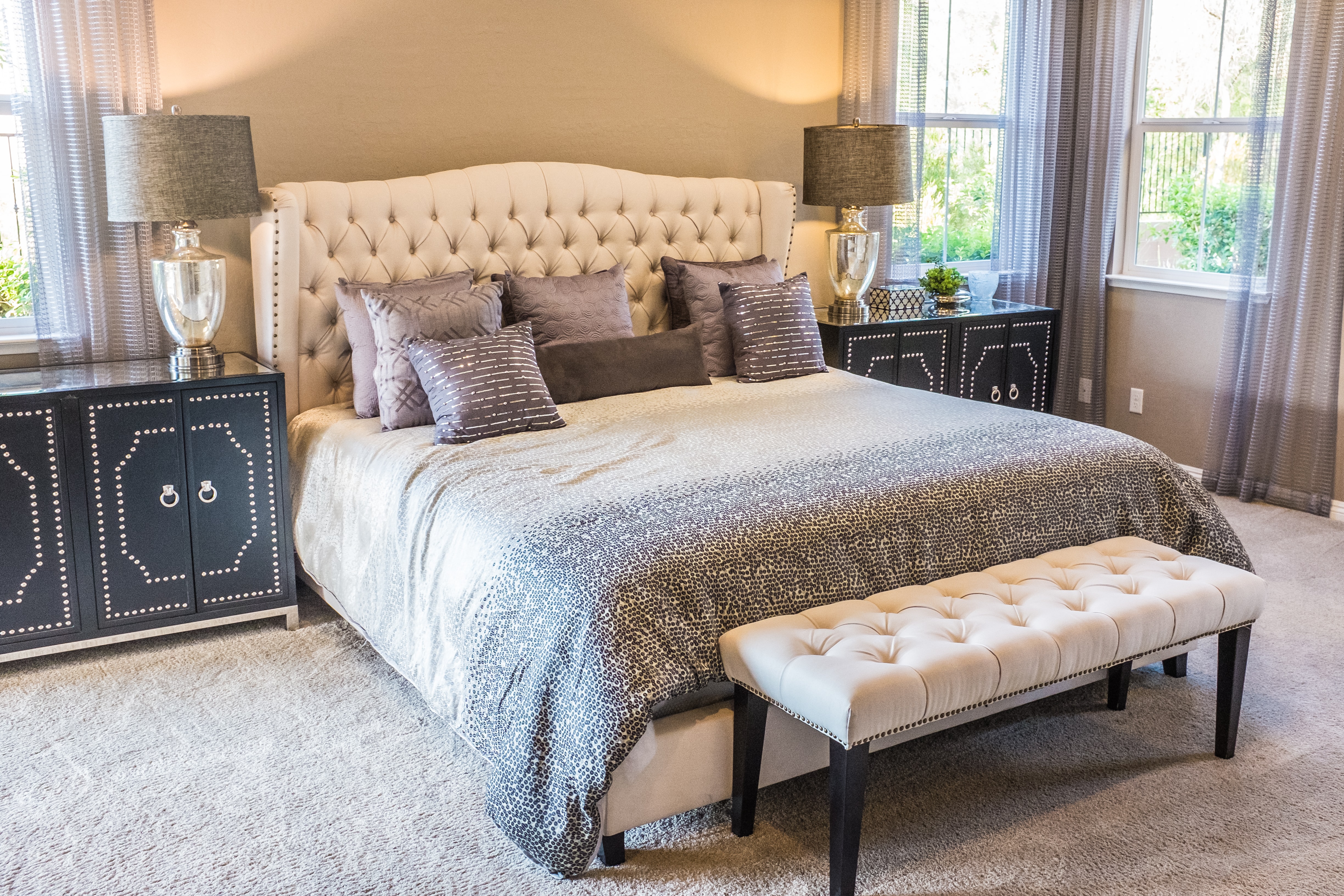 Photo by NeONBRAND on Unsplash - Not Our Actual Bedroom

My wife and I have been married for over 18 years, and we’ve tried a variety of experiments to increase the quality of our sleep. Our sleep practices have evolved over the years, and these are four of the hacks we’re currently using.

My wife introduced me to the idea of using a floor fan early in our marriage, and we run it set at the highest level. In addition to cooling the bedroom, the fan produces white noise that helps to drown out any other sounds that may disrupt our sleep.

We place this fan so that it’s pointed slightly away from the bed. We found that having the fan directly pointed at the bed would cause our faces to dry out when we woke up in the morning. We don’t use the oscillating feature because we prefer to just have the fan project a steady stream of air.

I know couples that have opposite preferences when it comes to sleeping temperatures. Meaning, one person likes it hot and the other likes it cold. Thankfully, my wife and I both like it to be on the cold side when we sleep.

We’ve started setting the thermostat lower and lower over the years, and we’ve settled at a temperature that most people would consider chilly. We’ve found that this allows us to get into a deep sleep state.

Of course, setting such a low temperature resulted in an increase in our electricity bill! So, I started programming our smart thermostats (currently two Ecobee units; one upstairs and one downstairs), to stop cooling about an hour before we wake up. This reduces electrical consumption by our air conditioner and also makes the room warmer when we get out of bed.

The most recent item we’ve added to our sleep regiment is a weighted blanket. This is a blanket that has is built of material that is heavy enough to apply pressure to the body. It’s kind of like getting a constant hug while sleeping.

I was initially concerned that the blanket would be too hot, but, since we keep the room so cold, this hasn’t been a problem. However, it is very heavy! So, we sometimes just arrange the weighted blanket so that it just covers the lower half of our bodies.

While the floor fan has been a staple of our sleep practices for years, we started experimenting with different sounds beyond the general white noise generated by the whirling blades. We looked on Google Play Music for options and found a variety of nature sounds ranging from chirping crickets at night to the sound of an airplane engine.

After trying a variety of options, we found that the sound of rain worked the best for us. This was distinct enough to be heard over the fan, but it wasn’t so different that we couldn’t fall asleep. We initially found rain sounds on Google Play Music that were three or four minutes in duration. However, when played in loop, the sound would briefly drop off when the clip restarted. So, we kept searching for longer clips and found a ten hour track that plays for far longer than we’ll ever sleep.

We initially played the rain track using a phone, but we found that this didn’t really fill the room. So, I took two Google Home Mini devices and paired them together so that they would both play the same track together in stereo. I placed one on the left nightstand and the other on the right nightstand. I then took a Nest Mini and added it to the Google Home Mini devices as a speaker group which allowed all three to play the same song. I placed the Nest Mini on the dresser across from foot of the bed. This allows me to use Google Cast to stream the ten hour rain audio clip and have it play from three points in the room.

Incorporating a floor fan, a low thermostat setting, a weighted blanket, and nature sounds have really improved the quality of sleep enjoyed by my wife and I. This allows us to get into a deep sleep and avoid waking up in the middle of the night. I’m sure we’ll continue to experiment, but this setup works very well for us!