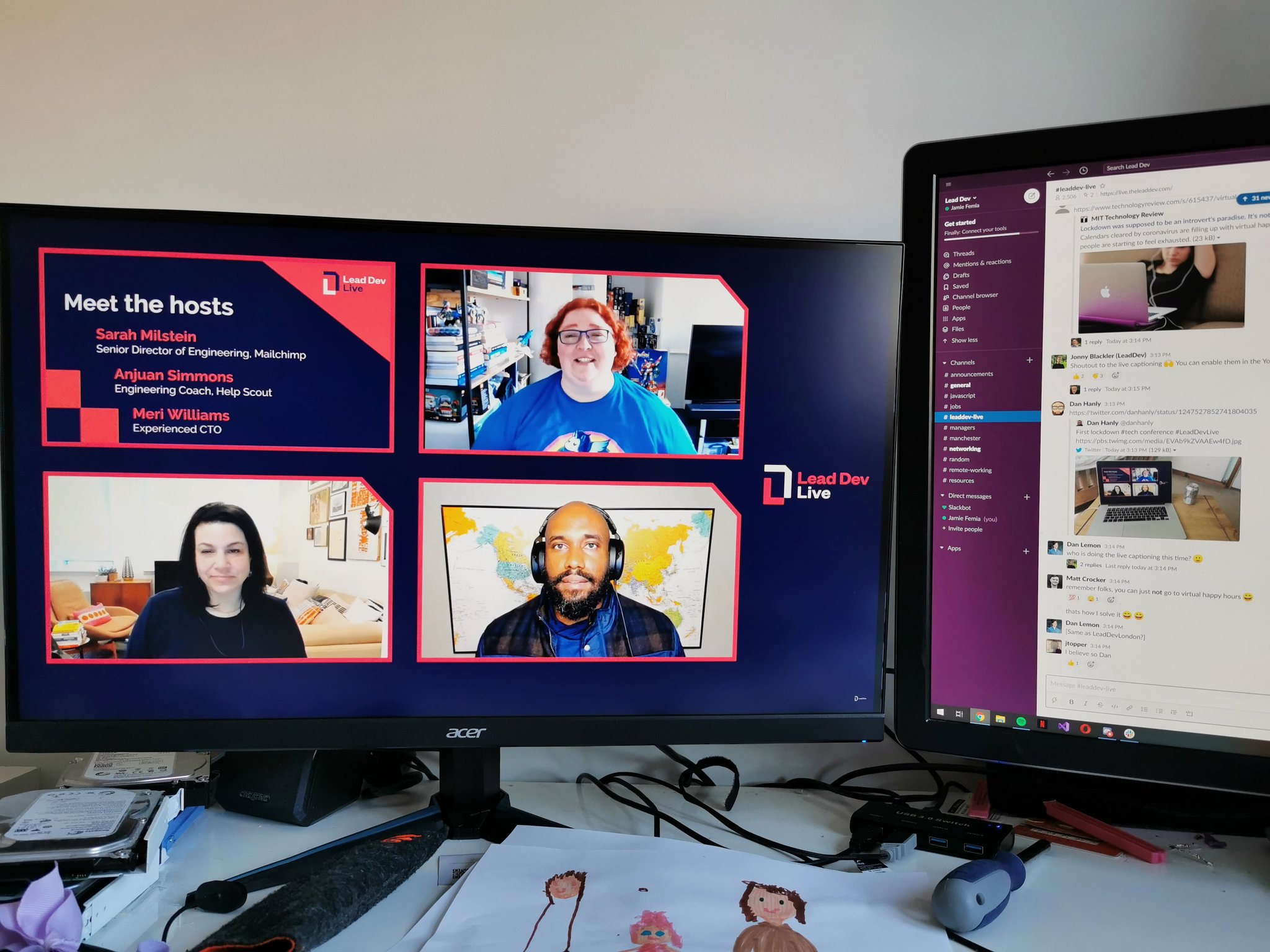 A LeadDev Live attendee tweeted this picture showing the live feed and the conversation in Slack.

I’ve taking part in a series of conferences called The Lead Developer (“LeadDev”) for several years. The conference is normally an in-person event in four cities throughout the year: New York City, London, Berlin, and Austin. The LeadDev New York event was scheduled for early April 2020 was and expected to draw more than 800 attendees. However, in the wake of the rapid global spread of novel coronavirus, the organizers made the difficult decision in early March to cancel the conference in NYC. However, they pivoted to a free online experience called LeadDev Live which drew 10,000 registrations and thousands of people watched online. By some measures, LeadDev Live was more successful than what would have been achieved by the original LeadDev New York event.

I was invited to be co-host for LeadDev Live, and I received a behind-the-scenes view of what made the virtual event so successful. These are the lessons that I think other event organizers can apply to making their own pivots to an online experience. Kudos go to White October Events (the organization behind LeadDev events) and AOTV (the company contracted to handle filming and production) for coming up with the ideas behind these lessons!

I think that the LeadDev Live experience could serve as a model for delivering events online. By reaching out to presenters in advance for pre-recorded versions of their talks, gathering content, and investing in accessibility, much of the spirit of an in-person event can be captured.

The team that managed the technical implementation of LeadDev Live published a short case study of what they learned.

You can find the talks and panels from LeadDev Live here: