Photo by Josep Castells on Unsplash

I scheduled a few weeks of downtime when I last changed companies, and I had a number of home projects that needed my attention. The one I tackled first was taking my decades old collection of VHS, Video8, Hi8, and MiniDV tapes and converting them to a digital format.

My wife and I had videos that went as far back as the 1980s and covered events like high school parties, prom, college events, our wedding, and the birth of all three of our children. These were priceless memories, and, after surviving multiple moves between apartments and homes, they were just sitting in my attic in multiple boxes.

While these tapes were in different formats, they all used magnetic tape. This meant that a number of factors were contributing to the steady deterioration of the tapes. The magnetic charge that allows the tape to work degrades over time due to a process called remanence decay. This damages the color and detail of the video on the tapes. Tapes can also degrade due to dust and bacteria unless they are stored in special containers, and the boxes in my attic didn’t qualify as special containers. The very act of playing and rewinding the tapes stretches the material and dries out the lubricant in the binder layer. So, these tapes were degrading with each passing minute and the act of playing old tapes further damages them. Even the digitization process would shorten their lifespan. Most sites say that tapes last 10-25 years, and most of our collection was in the middle or end of that range.

Converting the tapes to a digital format would transfer these memories from a medium that was degrading over time to one that would probably last forever. Also, playing a digital video provides the ability to jump back and forth during playback instead of having to rewind and fast forward. I can also make a perfect copy of the video just by copying the digital files, and sharing the videos is as easy as sending a link.

I initially thought about using one of the services that do the conversion for you. You ship them a box of your tapes, and they send you the digital files after converting them. However, these tapes were priceless, and I didn’t want to risk trusting them to someone who could inadvertently lose or damage them. Also, these services can get very expensive if, like me, you have a lot of tapes to convert.

So, I decided to do the conversion myself. The most expensive piece of equipment I needed was a computer, and I already had that. So, I just needed to get a few additional items. Here’s the process I used to convert my tapes to digital format. 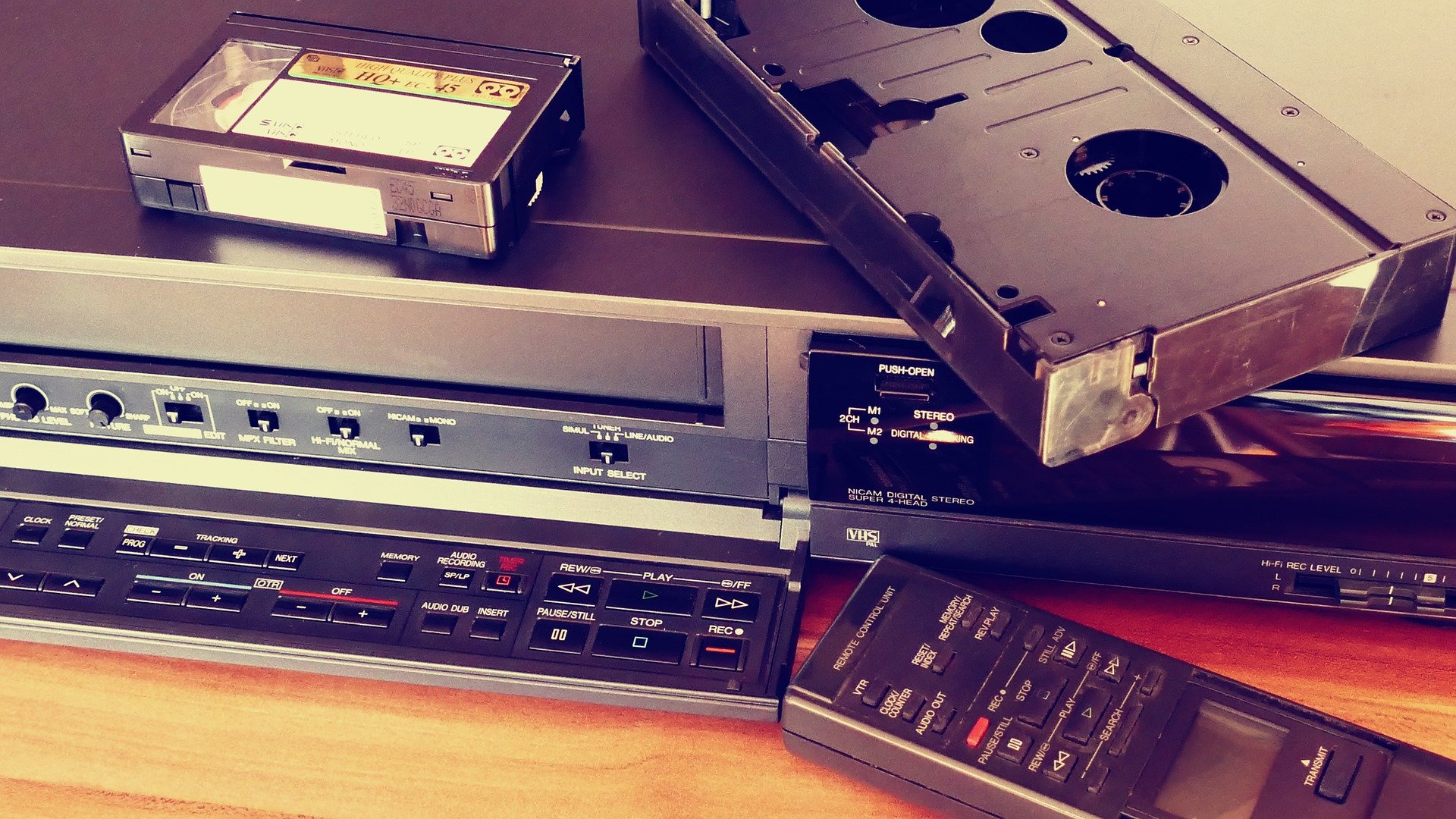 Image by InspiredImages from Pixabay

The first thing I had to do was understand the different video tape formats in my collection. The time span over which these videos were made included different technologies that were introduced over time. So, I had to understand what I was working with.

The VHS format was introduced in the United States in 1977, and it’s the format that you play in a VCR. VHS tapes are 7⅜ inches long, 4 ​1⁄16 inches wide, and 1 inch thick. VHS tapes record video in an analog format. Most of the VHS tapes I had were recordings of old television shows, but a few were family videos.

Video8 came out in 1985, and it was the first 8mm video tape format. 8mm tapes are 3.74 inches long, 2.46 inches wide, and .59 inches thick. Since they are a lot smaller than VHS tapes, the cameras that use 8mm tapes are also much smaller than the VHS cameras. Also, 8mm tapes have better audio quality than VHS tapes. A smaller form factor and superior sound made Video8 cameras very popular with consumers. Video8 tapes also use an analog video format.

Hi8 format is an 8mm video tape format that was introduced by Sony in 1989. It records in an analog format like Video8, but it has better video quality. The Hi8 and Video8 video cassettes look exactly the same, but a Video8 player cannot play a Hi8 cassette. However, some Hi8 players can play both formats. Most of my collection was in Hi8 format.

DV was introduced in 1999, and it’s a digital format created by multiple video camera manufacturers. The DV video format provides better audio and video quality than Hi8. The DV cassettes come in small (known as MiniDV), medium, large, and extra-large sizes. All of my DV tapes were in MiniDV format. A MiniDV player cannot play Hi8 or Video8 tapes. I had very few MiniDV video tapes since they came out at a time when video cameras that recorded to hard drives were starting to become available and affordable.

Gather and Organize the Tapes

Once I understood the formats, I was able to intelligently organize my tapes. I moved the boxes of tapes from the attic to my home office. I realized that each box had a mix of VHS, Video8, Hi8, and MiniDV tapes. So, I separated all of the tapes into boxes by format (VHS tapes in one box, Video8 tapes in another box, etc).

I then updated the labels on the tape. Thankfully, my wife and I were the ones who originally labeled the tapes so they had pretty good descriptions and usually included the year the recording was made. I just had to make a few updates here and there.

I then organized the tapes by date so that the oldest tapes were at the front of each box. This was important because older tapes are more susceptible to deterioration, and I wanted to digitize them first. 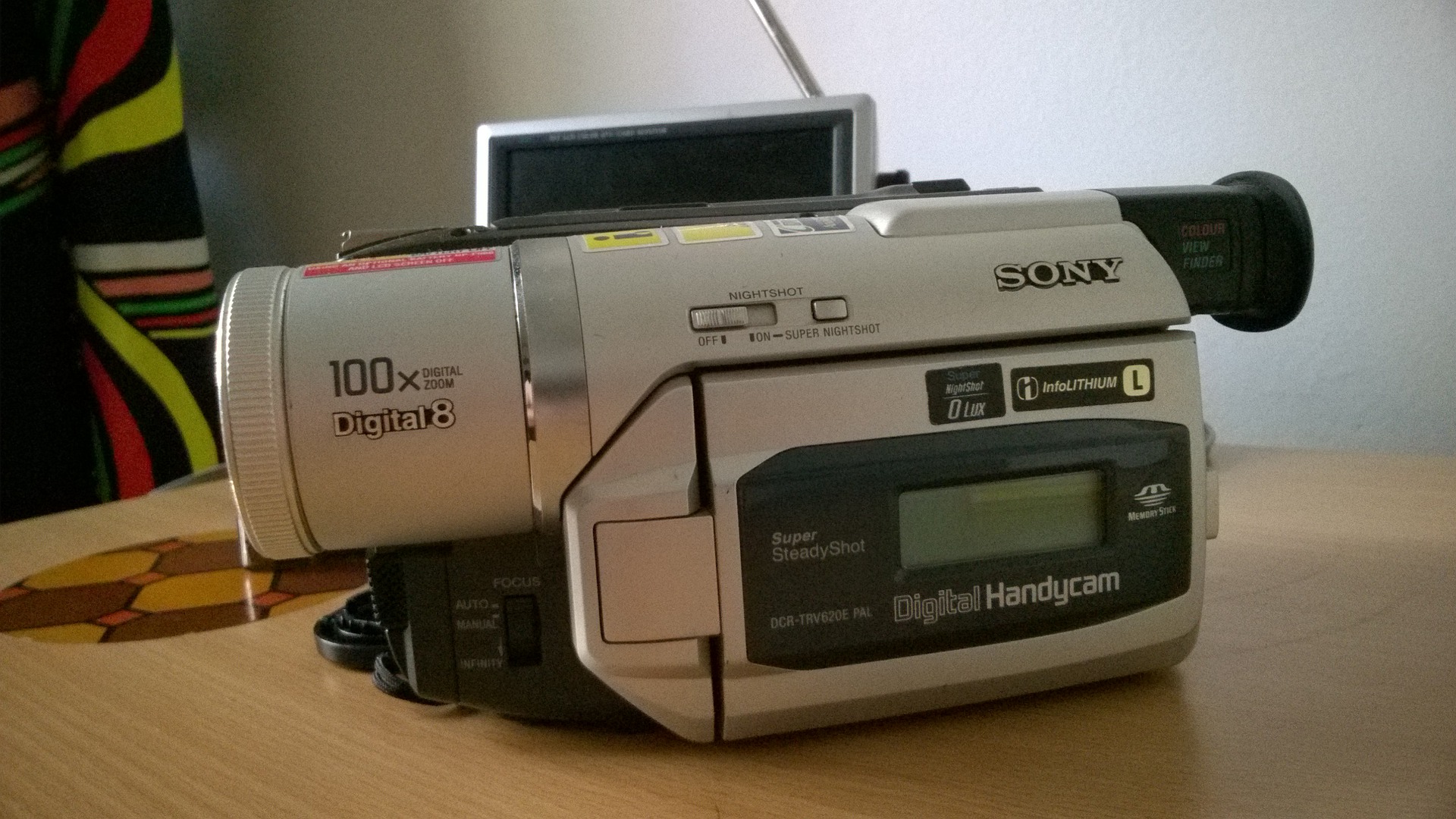 Now that your tapes are organized, you’ll need a way to play them. You’ll also need a way to connect the video players to your computer.

I didn’t have a VCR, but I had the old camcorders I used to originally record the videos onto the tapes. However, I soon discovered that these camcorders were all defective in some way. The tape deck didn’t open on one model, and another one started eating the tape when I tried using it (thankfully, it was a blank tape I used for testing). So, I had to buy players for my Video8, Hi8, and MiniDV tapes.

Here are the players I purchased:

The Joy of Real Time Digitizing

You’re now ready to start digitizing your collection. I recommend using the highest possible video and audio settings in the Elgato video capture software. These tapes are in formats that existed way before high definition video was possible so you want to capture the original recording in the highest possible quality.

I started with oldest tapes in the oldest format (VHS) then did moved on to the newer formats (Video8, then Hi8, and finally MiniDV). I always started with the oldest tapes in each format. My thinking was to start digitizing the videos that were in the most vulnerable states (i.e., oldest in technology and oldest in how much time had elapsed since the original recording).

Keep in mind that you have to digitize each tape in real time. So, if you have a tape with four hours of video, you’ll have to play the tape for four hours while it’s being digitized. I suggest that you do this overnight. The software makes it easy to trim the part of the digital file that you don’t need.

I used the label on the physical video tape as the name for each digital file, but I often found that the contents of the video didn’t match the label. So, I had to update both the physical label and the filename in these situations.

Move to the Cloud

Having spent many hours converting my tapes to a digital format, I didn’t want to lose my work due to a failed hard drive. So, I synced the digitized files to my Google Drive account. If I lose the local files for any reason (hard drive failure, fire, theft, etc.), I’ll always have the videos in the cloud.

Another benefit of storing these memories in the cloud is that services like Google Photos can do cool things with the videos. When I search Google Photos for a person, it pulls out the videos where that person appears. Google Photos will also automatically create cute little video montages based on the videos. 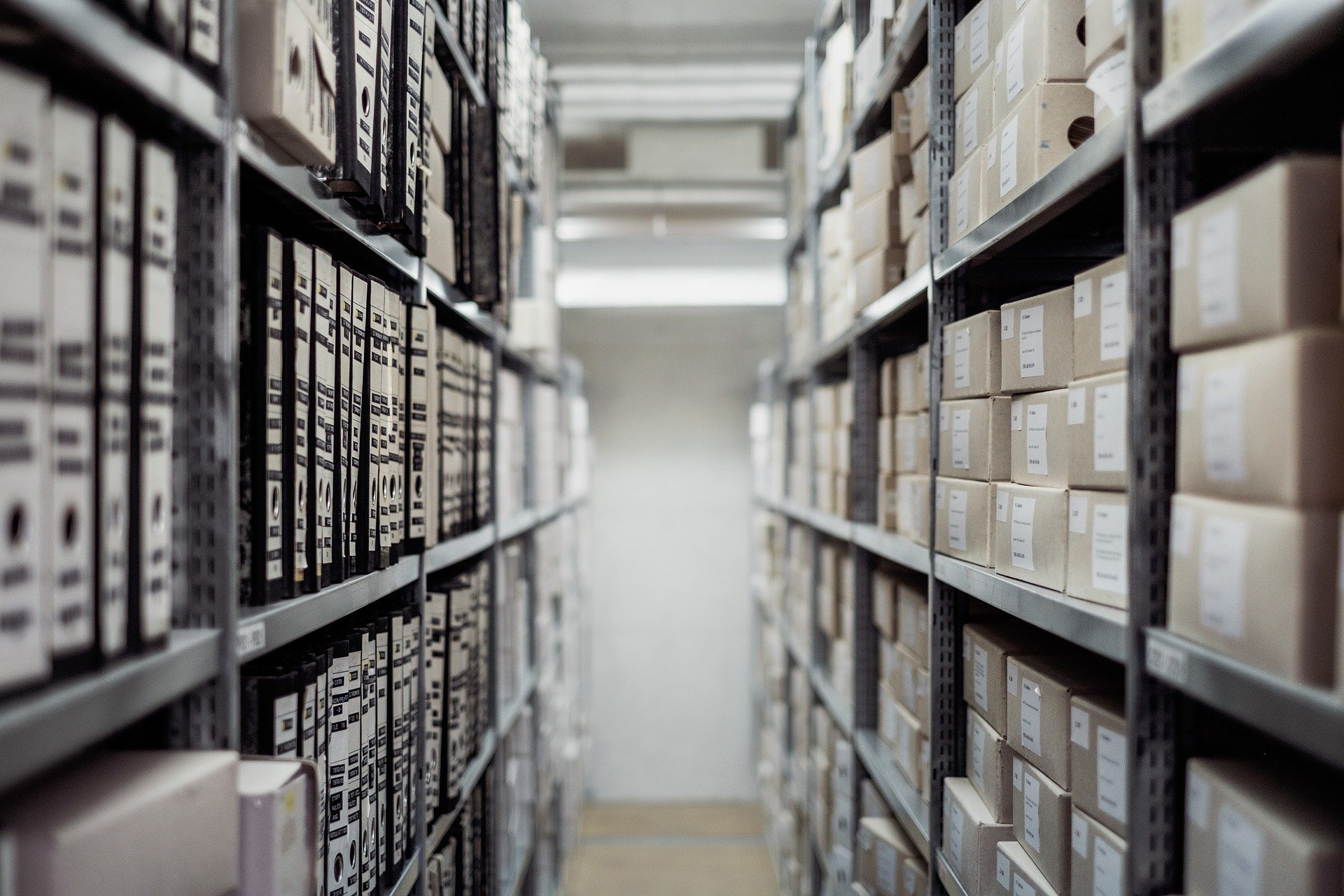 Image by Pexels from Pixabay

After digitizing my tapes, I wondered if I needed to keep the originals? After all, the digital versions were much easier to use. However, while the equipment I used was good, I thought that I may find a better technology later.

So, I decided to keep the original tapes in case I had access to a better setup for digitizing them in the future. Continuing to keep them in the attic would have hastened the deterioration of the tapes since that area’s temperature was unregulated and often had high humidity. I moved the tapes to a closet in one of the upstairs bedrooms. This was a far better environment than the attic since it was temperature controlled and had lower humidity.

I felt much better knowing that the memories preserved on these video tapes were now in a durable format. I’m looking forward to passing them on to my children when they’re older. I can now send them a link instead of handing them a dusty box of deteriorating magnetic tapes.

Note: Some of the links in this post are affiliate links which will send a small commission to me if you use them to make purchases.