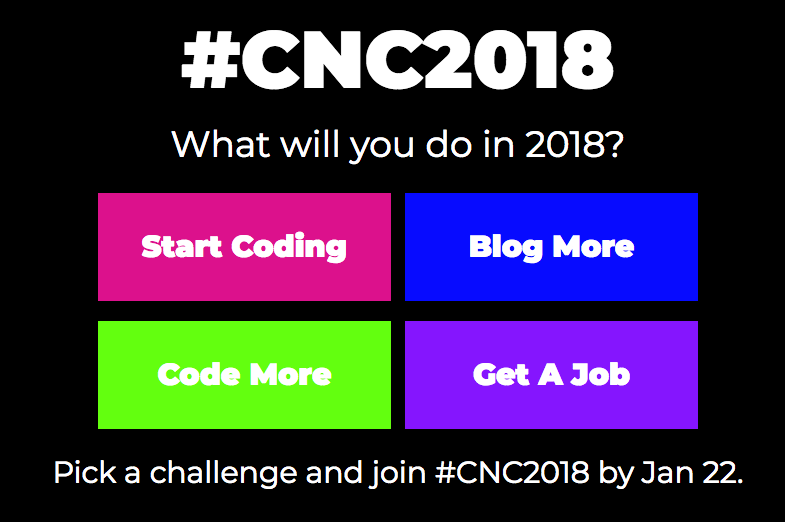 I took the CodeNewbie Challenge and selected the Blog More challenge. This is the first part of my series on #CNC2018. (CodeNewbie)

One of my goals for 2018 was to blog more, and I was happy to hear that CodeNewbie created a project that included blogging as one of the challenges. If you don’t know what CodeNewbie is, it’s a supportive community of people learning to code. I highly recommend that you join the community by following CodeNewbies on Twitter and subscribing to the CodeNewbie mailing list.

CodeNewbie has evolved way past its original format of a weekly Twitter chat into a podcast (one of which, I should disclose, I appeared on), tech conference, an amazing new podcast about the foundations of learning how to code, blog, and forum. CodeNewbie is always evolving, and I’m personally hoping for the CodeNewbie action figure and fingernail polish. :-)

Back to the CodeNewbie Challenge 2018 (#CNC2018). I see #CNC2018 as a project to start a new year on the right foot with measurable progress towards a goal. Instead of making resolutions that rarely survive first contact with the first few weeks of a new year, #CNC2018 is designed to provide tangible achievements that participants can track to validate their success. The #CNC2018 challenges were Start Coding (7 weeks, 7 Missions), Code More (5 weeks, 5 missions), Blog More (7 weeks, 7 missions), and Get a Job (9 weeks, 9 missions).

As I said, I chose the Blog More challenge because, while I’ve had a blog for several years, I’ve never been a consistent blogger. I almost chose the Code More challenge, but coding is already part of my job, and, since my blog is powered by Jekyll and hosted on GitHub, coding is part of maintaining it.

I received my first assignment in the Blog More challenge a week ago:

PRE-MISSION: Read 3 tech blog posts you wish you wrote. Jot down why you like them and what you’d change.

GOAL: Find examples of good tech writing to see what you’d like to incorporate into your own posts, and what you might want to avoid. You’ll refer back to these later in your challenge.

The assignment went on to explain that blog posts fall into three categories: tutorial, explainer, or project. The job was to find three tech blog posts in each category and write three things I liked and three things I would do differently. The assignment provided a lot more information so you should join the Blog More challenge to get all of the details!

Since I’ve been thinking about making an iOS trivia app, I focused on finding blog posts in each category related to this topic. Here’s what I found. 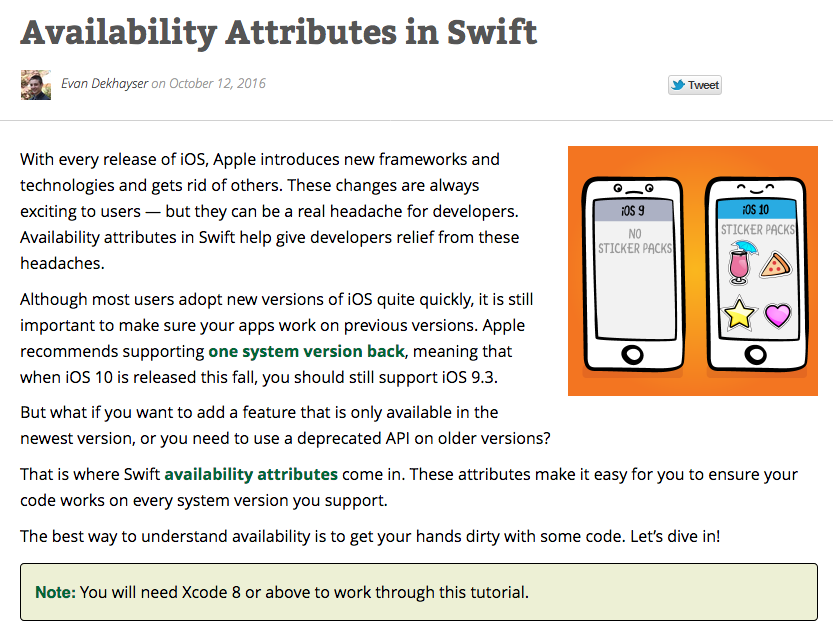 The tutorial on availability attributes in iOS (raywenderlich.com)

Explainer - jaxenter.com - It’s time to get proficient at Swift 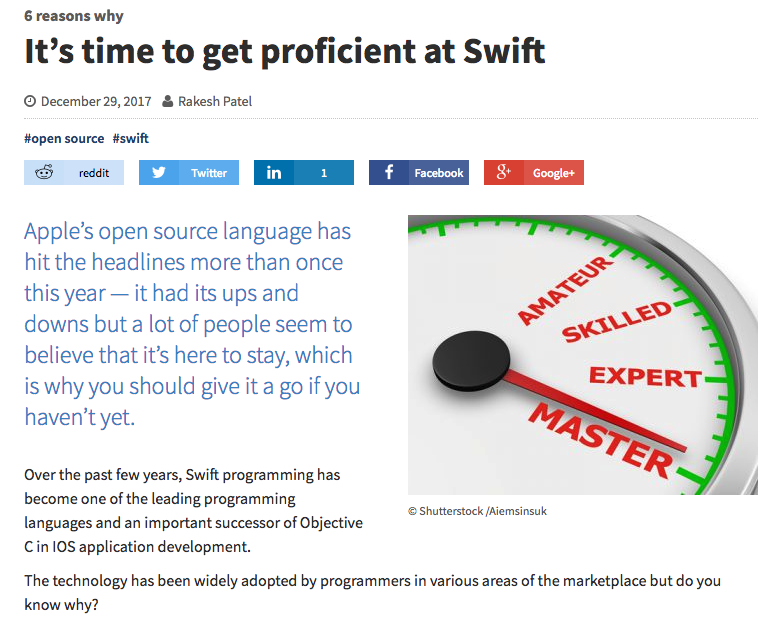 The explainer on the importance of Swift (jaxenter.com)

This article takes a step back and explains why Swift is an important language to learn right now (at least, as of December 29, 2017).

Project - tinyhearts.com - How I Quit My Job and Built My First App 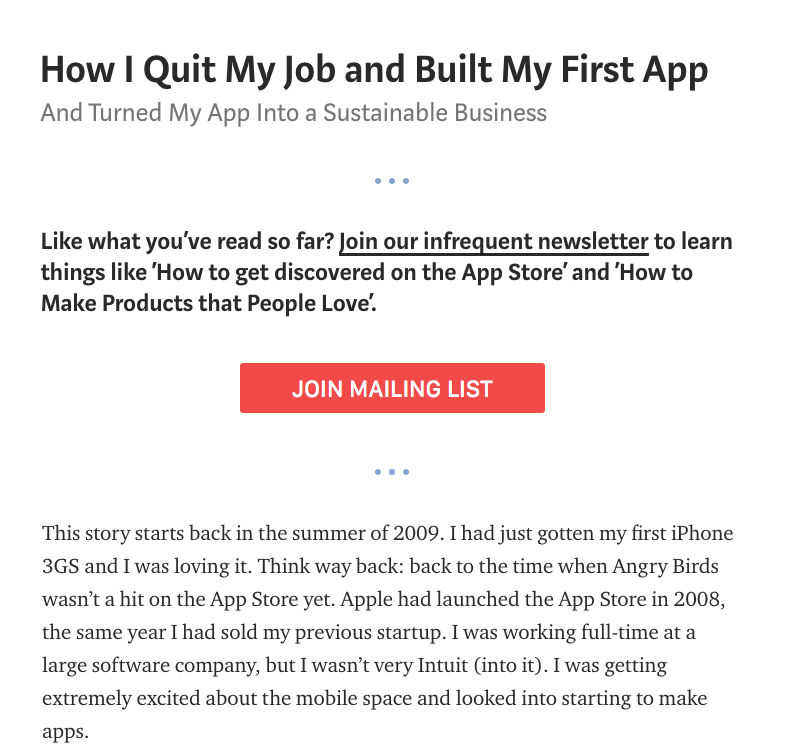 It was harder than I thought to find a good project type blog post to analyze. A lot of the posts I surfaced through Google search were summaries or just observations. However, I eventually found this post that told the story of Tiny Hearts.

This concludes my first assignment in the Blog More #CNC2018 challenge! If my intuition is correct, then I’m looking forward to writing my own tutorial, explainer, and project blog posts in future missions!